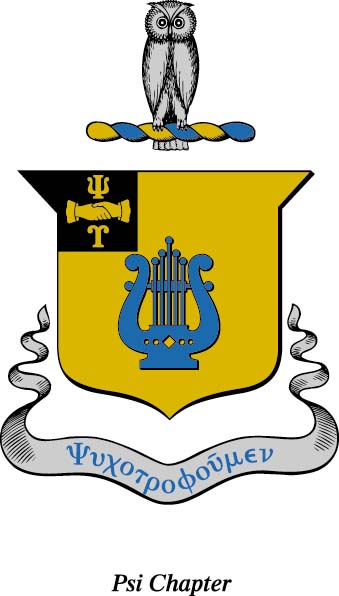 Arms – Or, a lyre azure, and on a canton sable two dexter hands hand-in-hand in fess between the Greek capital letters Psi and Upsilon, the former in chief, the latter in base, of the first. The lyre both approximates in form the chapter’s letter and reflects the motto.

Crest – on a wreath of or and azure an owl argent

Motto – “We enliven” or “We feed our souls” as translated from the Greek; presented azure on a scroll argent