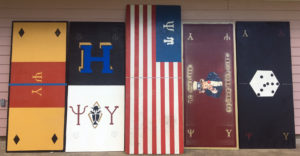 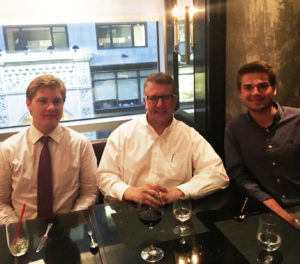 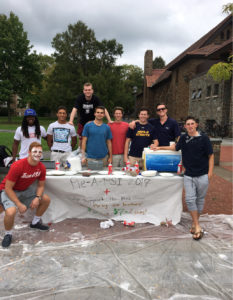 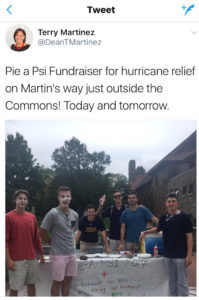 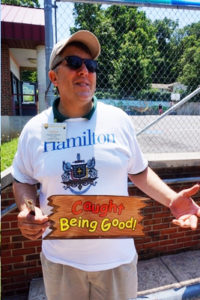 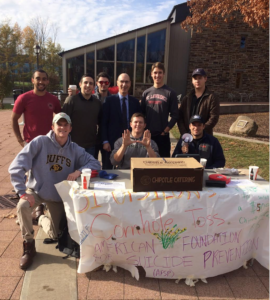 The 2016-2017 academic year has been a great success for the Psi chapter as we continue to embrace the ideals of moral leadership, intellectual engagement, and service. The Psi philanthropy initiative, led by Matt Story ’18 and Adam Yecies ’18, raised over $3,000 for the American Foundation for Suicide Prevention with the help of a very generous co-match by Psi alums. Our annual Psi U cornhole fundraiser gained special attention on campus, as Hamilton College President David Wippman made a guest appearance—sinking all three of his beanbag shots, winning a Chipotle burrito prize, and taking a memorable photo with the Psi chapter.

In April, Psi Archon Matt Foos ’18 joined Alumni President Pat Gilrane ’83 and Dave Holgate ’83 for a trip to visit Psi legend Jeb Becker ’61. The bros grabbed a few beers at Jeb’s favorite bar in Seneca Falls. The Psi chapter gives special thanks to Jeb for his donations to the display case project, including a mahogany emblem made by Vough Piano Company and given to his grandfather—Psi class of 1903. 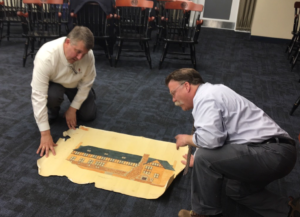 In March, the Psi hosted the third annual Alumni Traditions Workshop, inviting alums back to the hill to revive and celebrate old traditions. Headlining the event was the Psi Archive Display Case Project, spearheaded by Aaron Cannon ’18 and Mark Sperry ‘17. The project is the result of a yearlong effort to collect historic Psi artifacts and display them in a memorabilia case constructed within the foyer of the old chapter house. Special thanks to Jim Lent ’83 who donated this historic rendering, and Tom Porter ’80 for participating in Skype discussion with the Psi. 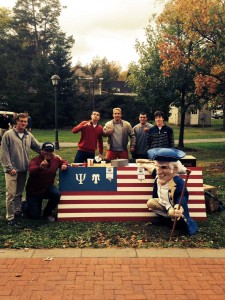 From October 8 through 10, the Psi Chapter held their first philanthropy event of the year to benefit Clear Path for Veterans, an organization based in the Syracuse area that provides programs to aid America’s war veterans with physical and mental injuries.  Named Cornhole!, the event offered members of the Hamilton community a chance to win prizes by tossing a beanbag into a hole approximately 15 feet away.  With almost all of the prizes donated by local businesses, items included free movie tickets, coupons, chipotle burritos, and others.  The event turned out to be a success and raised a total of $1302.  With the Psi Chapter’s Alumni Association offering to match the money raised up to $1000, the total contributions to Clear Path for Veterans will total $2302 for the first event of the academic year.  The event was organized by Chris Jusuf (’15) and operated with the assistance of all the brothers and the then-pledges.  The Psi Chapter looks forward to hosting more philanthropy events throughout the year. 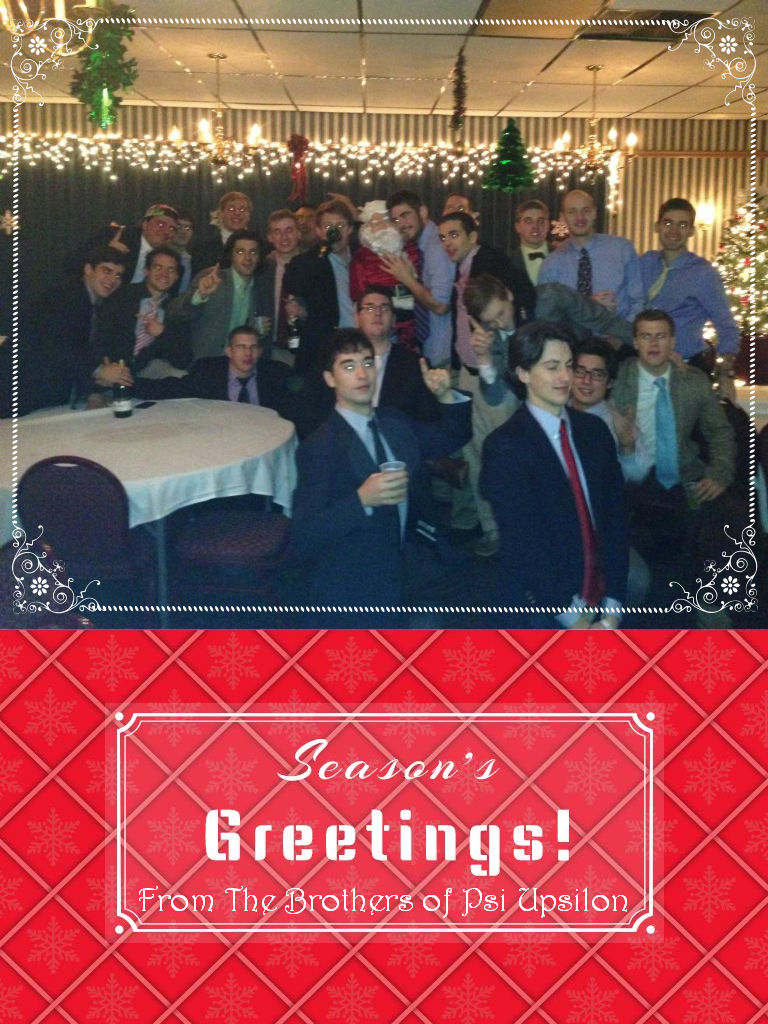 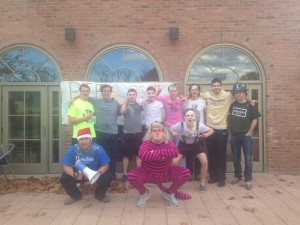 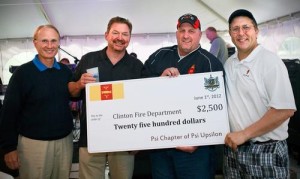